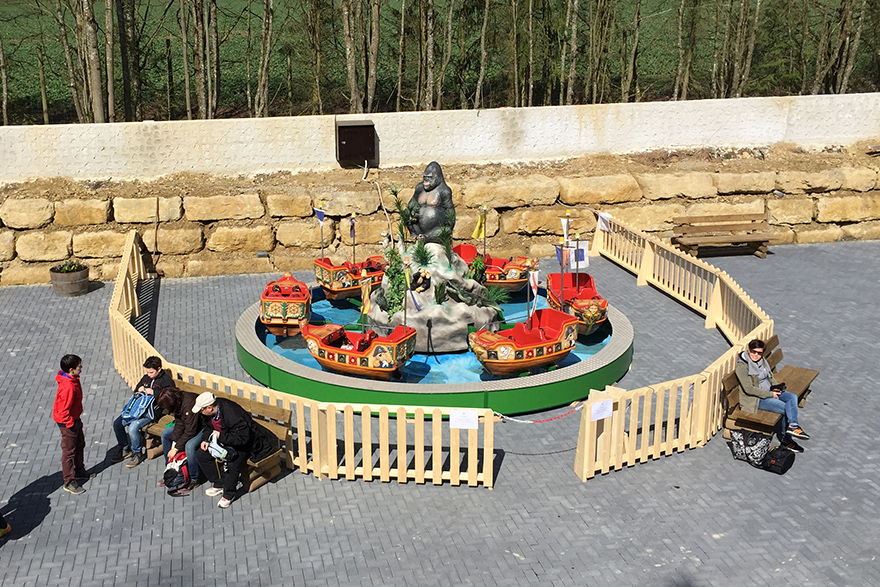 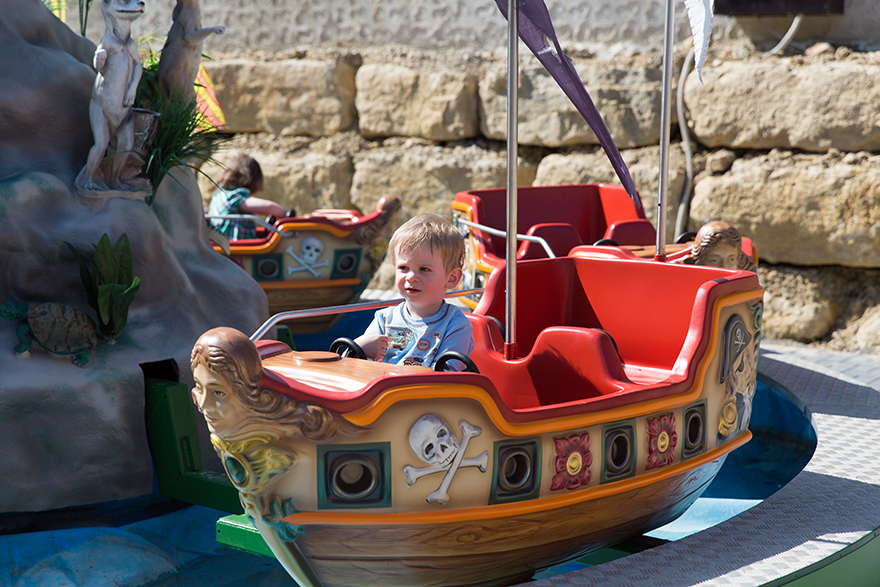 “All aboard” is the motto for the Mini-Pirate children’s carousel in the Eifelpark. Against a breathtaking pirate backdrop with a view of imposing pirate ships, the children take on the role of Captain Hook, the notorious seafarer.

Always on the hunt for the greatest treasures of this world, they steer their pirate ships across the seven seas. As the captain at the helm, you have control of the rudder!