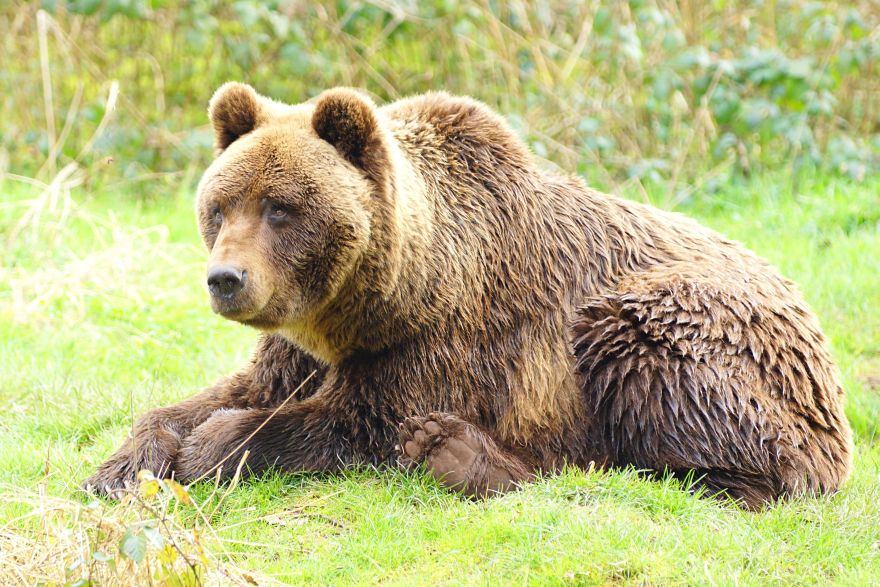 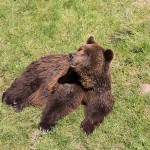 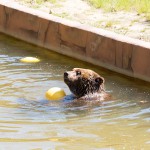 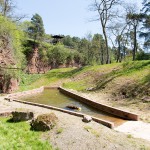 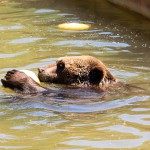 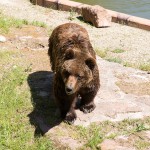 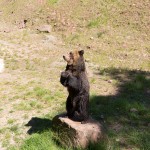 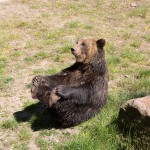 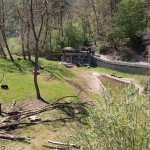 In the Eifelpark, three brown bears live in the “Bear Canyon”, a large outdoor enclosure in the Eifel’s wildlife park, which has large trees, numerous shrubs and a water source. Ben and Maya have livedin the wildlife park in Rhineland-Palatinate for more than 25 years. The female bear, Pia, came to the Eifelpark a year later and has integrated well in the bear family. In winter, the animals hibernate in self-built caves under the tree roots and can therefore hardly be seen.

Maja is a real “showgirl”. If you feed her, she rises up onto her hind legs or rocks with her feet in her hands and oozes charm with lots of little tricks. Guests can get special bear feed at the automated feeders in the Bear Canyon or at the amusement park’s entrance office. Guests can join our animal keeper during the feeding round in the high season where the animal keeper imparts lots of information about the brown bears. The feeding of the bears is always a highlight for all the families in the wildlife park in the Eifel.

The brown bear belongs to the animal family of the Great Bear. When in the wild, it can live for 20 – 30 years (in captivity up to 40 years). When the brown bear stands erect it can be between 1.80 to 3 metres tall and the brown bears can weigh between 150 to 500 kg. The brown bear is a loner with a fixed territory and its habitat is the steppes of the tundra, alpine meadows and dense forests. Today, the brown bear is still to be found in Europe, western North America and Asia.

Appearance
With their broad heads, long snouts and little round ears, brown bears look like really cuddly teddy bears. However, beware – they are predators!

Habitat
Brown bears prefer to live in large, extensive deciduous and coniferous forests; they live far to the north, but also in the tundra.

Nutrition
The brown bear is a forest animal. It feeds mainly on tubers, fruits, leaves and loves honey. However, rodents, fish, fawns, carrion and insect larvae also feature on its menu. Guests will often see how the bears turn stones over in the enclosure to search for worms. When foraging, the bear is helped by its sense of smell which is about 100,000 times finer than that of humans.

Close enough to touch – feeding wolves, bears and lynxes
No family should miss the animal feedings at the adventure park – they are an absolute highlight! When it is time for the feeding-rounds, the Eifelpark visitors accompany the animal keepers to the enclosures of various predators and can observe this fascinating spectacle. There they learn a lot about the behaviour of the animals to be fed. There is also the opportunity to personally ask the animal keeper some questions. The animals have to playfully ‘earn’ their meals and so you can closely watch the food intake and also the social behaviour of the animals – this is an unforgettable experience at the family park in the Eifel.