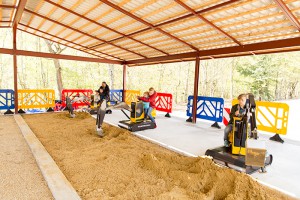 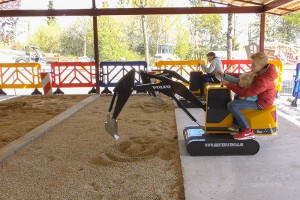 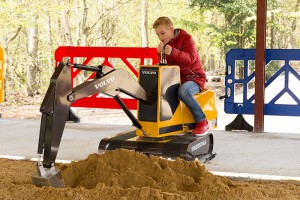 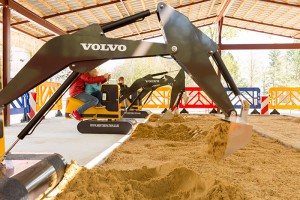 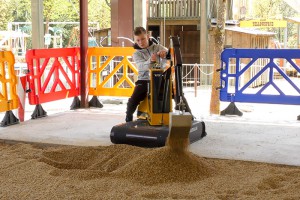 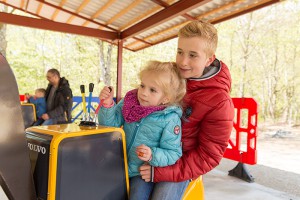 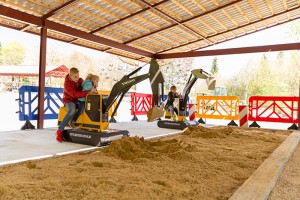 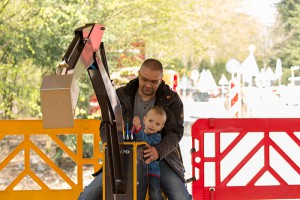 This attraction is named after Elmar Thiel from the eponymous excavator company in Dudeldorf.

In the two covered pits – one with earth and one with stones – it is important to operate the excavator as skilfully as possible.

The excavator playground Elmar’s Excavator Driving School, with its six children’s electric excavators can be found between the new construction site ride and the Eifel Tower.

As with all the attractions in Eifelpark, Elmar’s Excavator Driving School is included in the admission price, so you do not have to insert any coins.