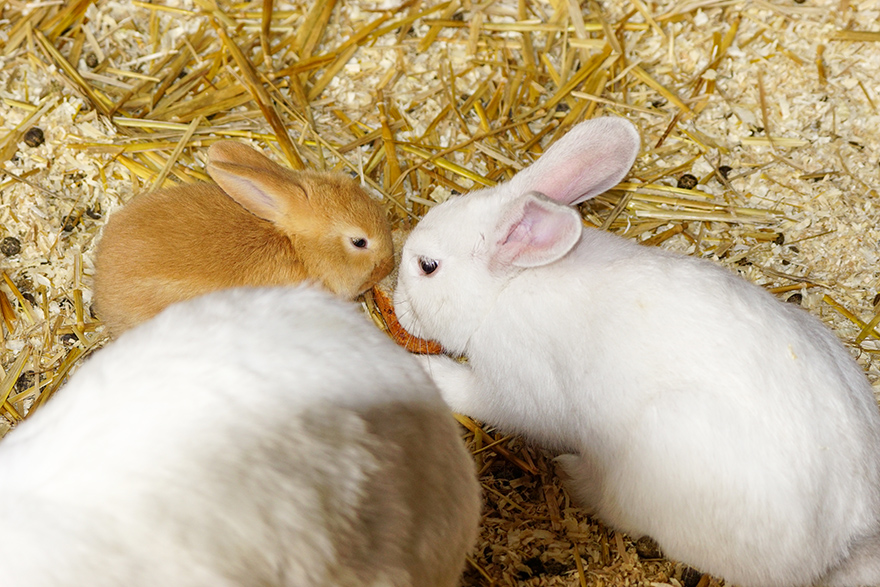 In the Eifelpark Gondorf, the popular adventure park near Trier, there is a large enclosure where rabbits and guinea pigs live under one roof. Rabbits are often confused with hares: they look very similar, but rabbits are more delicate and have shorter ears.

Appearance
Rabbits belong to the family of lagomorphs and are mammals. Incidentally, they are actually not related to rodents. Rabbits are quite small: from top to toe they can be 34 to 45 centimetres long, 16 to 18 centimetres high and weigh a maximum of three kilogrammes. Their ears are always erect and typically have a black upper edge; their fur can be fawn, brown, grey, black or white. Rabbits have a special feature, their incisors grow throughout their lives.

Habitat
It is likely that wild rabbits used to only be found on the Iberian Peninsula, i.e. in Spain, Portugal and north-west Africa. However, people started to keep them very early on and took them to the British Isles and Ireland, southern Sweden and the Canary Islands. Today, they are at home almost all over the world because European settlers took the rabbits they kept as pets with them and then later abandoned them.